The announcement of the the future of the IL2 series has finally been made and a bit of a curve ball has been thrown! We’re not heading the Pacific, we’re off the Western Europe 1944/45. This is an unexpected development, everyone thought it was going to be Battle of Midway and the Pacific Theatre, with carrier ops etc. 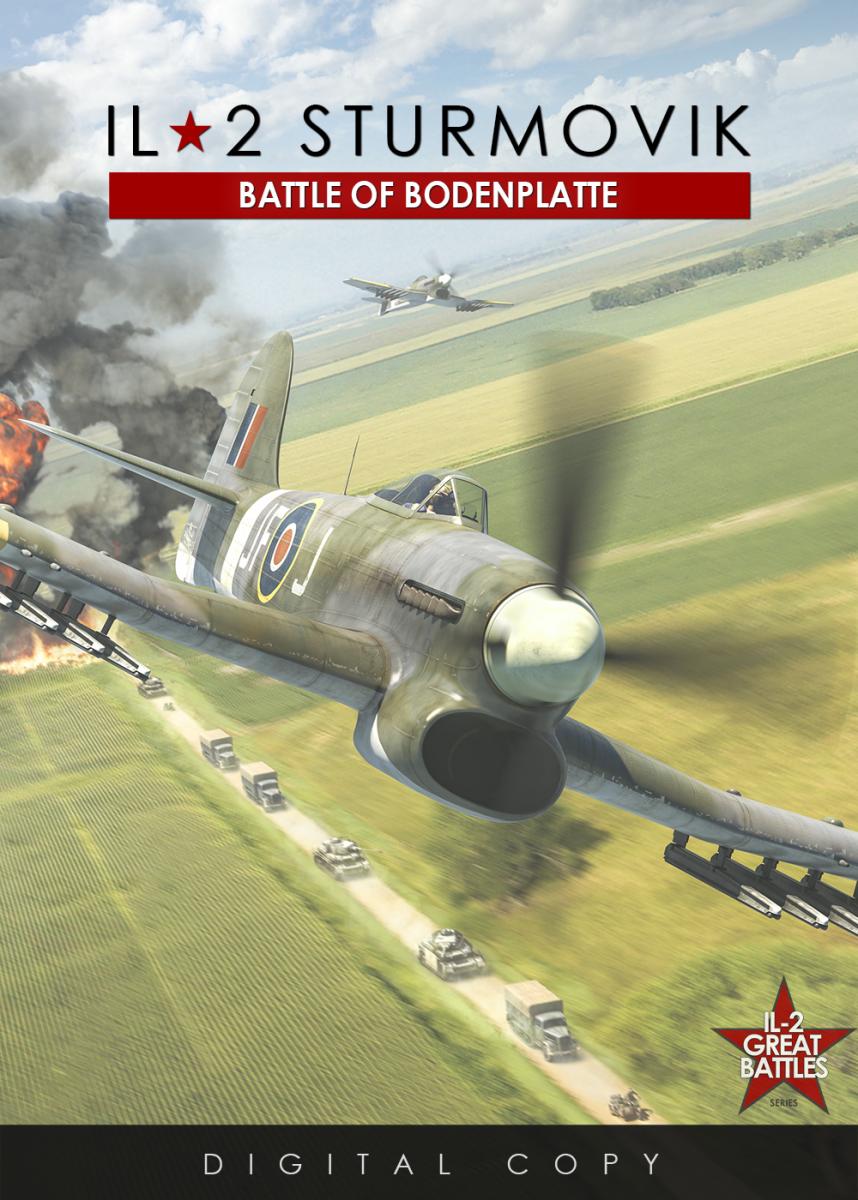 The planeset is interesting, exciting and also disappointing:

It seems the RAF is pretty neglected despite the 2nd Tactical Air Force being a major component of the fighting, instead we’re focussed on the USAAF and the Luftwaffe. The Luftwaffe is apparently going to get the hottest of the possible aircraft with the Fw190D-9, as a collector aircraft, and the Me-262 along with another two models of the Bf109. At the same time the RAF just seems to get the Spitfire Mk IX, which is going to be pushed to be competitive, and the Tempest – which should be exceptional, but why is the Typhoon always left out? It was a crucial part of the invasion of Europe, there were more of them than Tempests and they were active right up to the end of the War. There are also no Allied twin engine aircraft, like the Mosquito, B-25 or B-26, for players to fly (only an AI B-25).

While I am pleased that the sim is coming to the Western Front, and I think that this could renew some interest for people that don’t have a lot of interest in the Eastern Front, I think the planeset is overly favourable to the Luftwaffe, lacking RAF representation and lacking twin engined tactical aircraft.

I expect to see the servers dominated by the Fw190D-9, Tempest and P-51D, with a smattering of Bf109K4s, who is realisitically going to fly the G-14?

The map is pretty obvious, given the name of the title. It should be good to see, and will be interesting to fly over:

The announcements about the integration of Rise of Flight and Tank Battles sound interesting, having never played Rise of Flight I may well give that a go once it is part of the IL2 universe. VR WW1 battles could be intense! I’ll also be interested to see how the tank integration goes and whether it is better than DCS Combined Arms.

There is also mention of potential 3rd Party modellers being able to get in on the act for the sim, so there could be more expansions more often but at the same (or better?) standard than we have currently. You never know, Team Fusion could end up making a Battle of Britain add on for it…one day…in the very distant future!

Last but not least, part of our overall plan is to work with one of our long-time professional development partners to produce airplanes. This is not a guaranteed success and much work needs to be done to make this a reality, but we are giving it a shot. There is much more to our airplanes than just the model. Much training will need to be done to pull this off. If successful, we plan to make the Li-2 next. We are making NO PROMISES.

Hopefully Western European expansion will continue and we’ll se earlier war Northern France brought in, and this will see the Typhoon, Mosquito, Beaufighter etc. In the meantime, we’ll just have to accept that the RAF was an ‘also ran’ in the war.

79vRAF is a group of friends that play flight simulators online. We use historical squadron codes and mainly fly in IL2 Great Battles and DCS World. EAF run our own servers in DCS and Great Battles. 79vRAF joined the European Air Force in August 2015 so we are now part of a larger grouping. We can be recognised online with the tag EAF79_ Our motto is "Trust, Honour, Loyalty and Friendship" recruits are always welcome. View all posts by 79vRAF