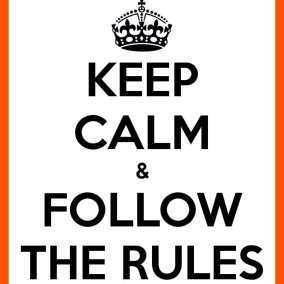 This Code of Conduct is to be adhered to and on enrolling, you will be asked to agree to all below.

79vRAF has adopted the rank structure of the Royal Air Force (RAF). We do not presume nor intend any affiliation to the RAF proper. Although we are NOT a wholly military Squadron, observing rank and protocol is a means to provide order, discipline and to foster Squadron loyalty.

Promotions in 79vRAF are a reward for service, good attitude, attendance, contributions and demonstrated ability to command. We will always try to maintain as realistic a WWII Squadron structure as possible.

b) Reside in North America or Europe.

c) At least be fully conversant and capable with IL2 1946.

d) Have an OS and ISP capable of gaming with minimal lag.

These are compulsory before joining 79vRAF.

2. Pilots of 79vRAF are expected to conduct themselves online in a mature and disciplined manner. Any pilot who would dishonour the reputation of 79vRAF by swearing, lying, arguing or being disruptive with other HyperLobby (multi-player) members will be discharged. Disruptive behaviour includes sexually harassing other players and making racist comments.

3. Cheating of any kind will NOT be tolerated. Any pilot who is found cheating will be discharged.

4. Pilots of 79vRAF are NOT to join another Squadron that operates in IL2 1946. Any pilot found to be a member of another squadron will be dismissed. You may however, join another Squadron/Clan for the purpose of playing in a game not currently supported by 79vRAF i.e. MOHAA, BF1942, CoD4 etc.

2. In games hosted by 79vRAF pilots, please use the difficulty settings that are set out in the forum.

1. The Squadron is split into 3 Flights, A and B Flights and a OTU Flight. Pilots will be expected to pass a check ride before being given a choice of Flights. New members must spend a minimum of one month in the OTU before he can pass out to one of the Flights. After 6 months, if he has not passed out of the OTU he will be deemed unsuitable to fly with 79vRAF and retired from the Squadron.

2. Operationally, the individual flights are led by a Squadron Leader, taking the Flight Commander role, or by the most senior or in some cases, the most experienced member. On the ground, each section leader is responsible for overseeing his section aircraft and the tactics and training to be used by his pilots.

3. When airborne, the different Flights will fly together in the aircraft they are issued with and will train as a unit. Although when flying Axis, your RAF aircraft would be inappropriate so pilots will be allowed to then select a more suitable aircraft.

4. Know or learn the ‘Radio Protocol’ and the keypad map system as soon as possible, it is our lifeline in combat!!!

5. Follow your Flight leaders instructions at all times. Insubordination will not be tolerated.

7.Have fun… but fly by the rules at all times.