Ok, so it has been a while due to having twins in September and since then not touching a PC! However, this had to be done because I got a little excited when I saw the release date for the DCS Spitfire LF Mk IXc. 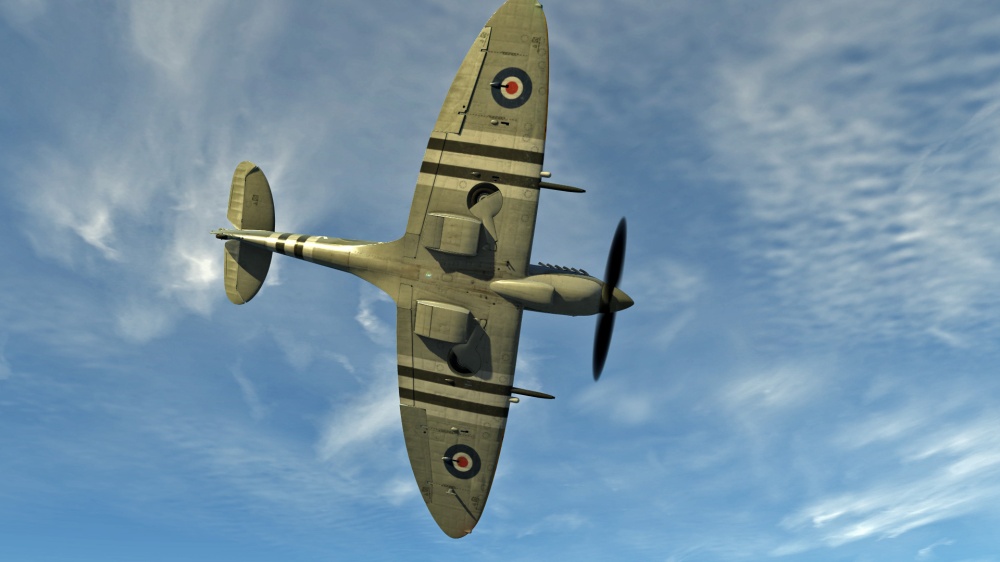 Now, I know that not everyone shares my enthusiasm for DCS and prefers Battle of Stalingrad/Moscow or Cliffs of Dover. I get that, I apprecite that and they have their place – and I still love Cliffs of Dover with the Team Fusion patches – but to me DCS is the best place for me to really get a feel for an aircraft without ever getting near to flying a real one (at least not legally!). A big part of this now is the support for Occulus Rift, for those of you that don’t have this then the differences may still seem small and just a more detailed clickable cockpit. However, the feeling of ‘being there’ with the Rift and the sensations that it provides changes the level of immersion and takes it not just to the next level but to new heights.

As a result, with an aircraft as iconic as the Spitfire Mk IX it was a must buy from the outset. As things stand it does not fit into a particular planeset, although there is the Bf109 it is a K model, and there is the Fw190 D-9 which is superior in some respects but they were still encountering each other in 1944. As the DCS World War Two arena starts to develop there will be more aircraft to contend with, each with a highly detailed model and equally enthusiatic and skilled pilots to take on. This is why I am excited by this. The Spitfire is the kind of aircraft that draws people in, more so than a Casa C.101. The more people that come to the sim the more funding there is available to developers, the more funding there is the more other developers will be attracted to bring new aircraft and ideas and it should continue to grow. The number of aircraft that are being developed and released is increasing steadily and each of them has a really high level of quality and development time behind them.

So, I’m hoping to get a babysitter for the 16th December when the Spitfire becomes available. In the meantime it is available for pre-order for $39.99 at a 20% discount. Based on the quality of the other aircraft in DCS this is a must buy.

79vRAF is a group of friends that play flight simulators online. We use historical squadron codes and mainly fly in IL2 Great Battles and DCS World. EAF run our own servers in DCS and Great Battles. 79vRAF joined the European Air Force in August 2015 so we are now part of a larger grouping. We can be recognised online with the tag EAF79_ Our motto is "Trust, Honour, Loyalty and Friendship" recruits are always welcome. View all posts by 79vRAF